Teatro is the eighth episode of Season One and the eighth overall episode of the series Claws. It aired on July 30, 2017, on TNT and became available on Hulu on May 11, 2018.

With a shocking revelation affecting the entire crew, Jennifer finds unexpected solace in her square-dancing instructor, Hank. Polly uses all of her powers of bad for good, for the first time, while Quiet Ann is torn about a big decision. Scary times are in store for Virginia, but for Desna most of all.

In the salon, Desna and Jennifer converse over Virginia's sighting of Roller at South Beach. Desna continues to apologize for the lies and deciption that led to Bryce murdering the Coombses. She, then, turns to Virginia to clarify that she saw Roller. A settling Dean in the corner comments that he attempted to greet him, mentioning that he had bad manners. [...]

A ring at the door and the women are greeted by a familiar face. Announcing his presence, Roller Husser stands in front of the doors, while the women direct their eyes and shriek. Unaware what will happen, Desna begs that he goes easy on them over what transpired. [...] 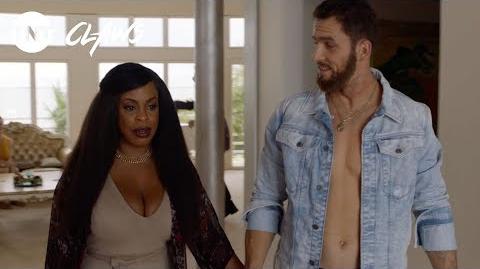 Claws Some Woman Brought Him Back To Life - Season 1, Ep. 8 CLIP TNT 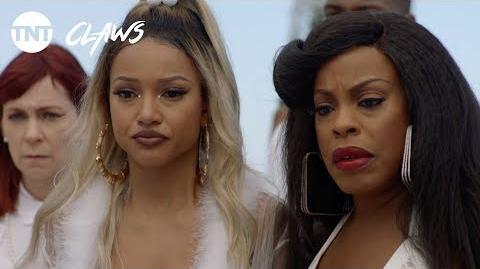 Retrieved from "https://claws.fandom.com/wiki/Teatro?oldid=3232"
Community content is available under CC-BY-SA unless otherwise noted.