Funerary is the second episode of Season One and the second overall episode of the series Claws. It aired on June 18, 2017 on TNT and became available on Hulu on May 11, 2018.

Desna and Virginia prepare a cover story to tell the ladies following an entanglement with Roller. Also, Desna's dream salon is falling apart, and Virginia goes missing but returns with a concocted tale that sends Desna on an unforeseen journey.

In a state of panic, Desna and Virginia loom over Roller's body as it bleeds into the pool. The two decide to pull him out of the pool and contemplate what to do, deciding to wrap it in a tarp and dump it. They drag it down steps that lead to the dock, Desna telling Virginia to ditch the heels so that they could move faster. Reaching the boat, they find a wrapped corpse of an unknown victim, startling Virginia. After getting Roller's body into the boat, the women search for lighter fluid and use it to burn the bodies. Virginia leaves Roller's grill charms inside and starts the engine. Lighting a match, they set the boat ablaze, untie the ropes from the dock, and watch as it drifts further out into the ocean.

Returning to the house, Desna and Virginia attempt to stage the scene to appear like a struggle. While Virginia gathered some of her belongings, Desna tries to reload the pistol, failing before Virginia reloads for her. Both are shakened when Desna's finger accidentally pulls the trigger. Pointing it at a glass window, Desna lets out one more shot to complete the stage. Desna informs Virginia that she wants her to return home and that she would be picked up in the morning. 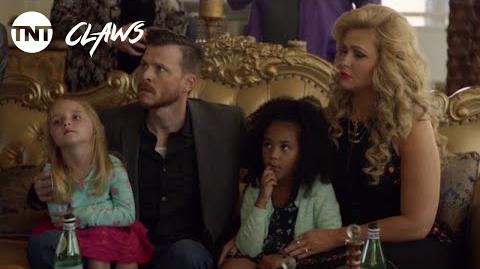 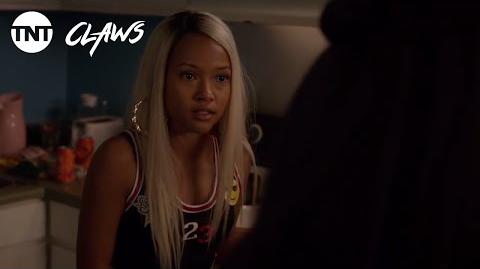 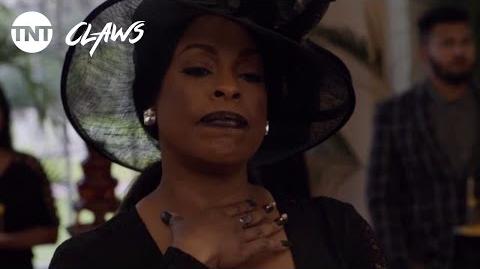 Retrieved from "https://claws.fandom.com/wiki/Funerary?oldid=3419"
Community content is available under CC-BY-SA unless otherwise noted.